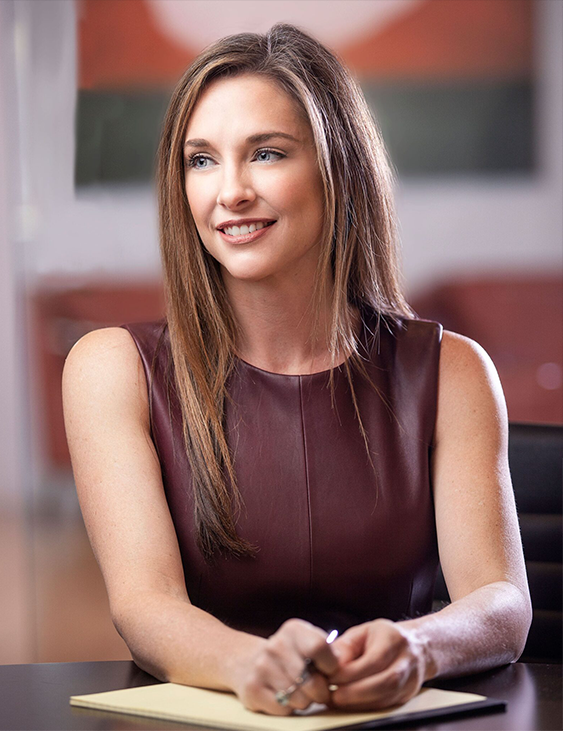 For the first 8 years of her career, Ms. Little was a major felony prosecutor in DeKalb County, the second largest county in Georgia. Ms. Little prosecuted thousands of cases and tried well over 50 felony jury trials involving the most serious offenses possible including murder, armed robbery, rape, child molestation, kidnapping with bodily injury, white collar, fraud, theft, gang, home invasion and vehicular homicide cases. Ms. Little tried multi-defendant, complex cases involving up to 10 similar transactions, self-defense claims, the Gang Act, DNA, blood spatter, ballistics, fingerprints, accident reconstruction, and sexual diseases and injuries in children. She developed an exceptional ability to cross examine witnesses and won difficult convictions in cases with alibi witnesses, recanting victims, mistaken ID’s and co-defendant testimony. She tried more cases than anyone else in the District Attorney’s office for 3 years straight and was named the 2010 Attorney of the Year by the DeKalb County District Attorney. Despite having tried so many cases, not one of her cases has ever been overturned by a higher court demonstrating her exceptional command of the legal and evidentiary issues attorneys face at trial.

While assigned to one of the few White Collar Units in the state, she obtained valuable experience handling large cases of embezzlement, securities fraud, mortgage fraud, racketeering and corruption. These multi-faceted investigations oftentimes spanned the State of Georgia and included multiple agencies such as the FBI, GBI, and Attorney General’s Office. She also specialized in the exploitation and abuse of elderly and disabled persons. As a younger prosecutor, she gained significant trial experience handling specialized matters such as DUI, domestic violence and juvenile court matters.

Following her time in the District Attorney’s Office, Ms. Little was a partner at Fried Bonder White, LLC for 9 years. In addition to developing the criminal and administrative practice she is known for, while working alongside career civil attorneys, Ms. Little finely tuned her civil litigation skills on personal injury and business litigation matters. Ms. Little fought to recover money for clients who were personally injured due to the negligence of others in automobile wreck, premises liability, wrongful death, and constitutional and civil rights cases. Additionally, Ms. Little recovered large sums of money for financially injured individuals and businesses in breach of contract, fraud, theft, discrimination, and wage disputes. Ms. Little served as legal counsel for corporate clients and handled a wide variety of business litigation, injury and employment issues as a result. She represented key employees during government investigations, served as lead counsel on litigation matters, consulted on large litigation teams, collected judgments, negotiated settlement agreements, and pursued employees for theft and misconduct.

JLLaw is the unique, boutique practice that it is today because of Ms. Little’s rare experience as a long-time prosecutor, defense counsel and civil litigator.  Ms. Little brings a wealth of experience and knowledge to each of her cases and is able to think outside the box to obtain the best result for her clients.  Clients of JLLaw face a wide range of legal issues.  They come to JLLaw because they want the personal attention and proactive approach Ms. Little is known for, and they know she will build the right team of people to handle any matter swiftly and discreetly.

What my Clients say about me!

“I was referred to Jennifer Little by the Firm Chair of our litigation practice for a complex college campus case involving substantial allegations of misconduct on behalf of one of our firm’s most substantial corporate clients. While I had heard of Jennifer’s reputation for excellence, seeing her actions in person only furthered my confidence. Within 48 hours, Jennifer assembled an on-campus SWAT team that provided the basis for the facts that lead to a positive and life-saving result for my client. I will refer Jennifer with complete confidence whenever the opportunity arises.”

“We employed Ms. Little to help us with a serious and complicated matter. We were facing spurious allegations in court and never had any problems with law before; obviously this was a very stressful time and situation for us. Ms. Little not only clearly explained the laws and our options, and helped us in the process of gathering evidence, but also helped to prepare us mentally and gave us confidence and peace of mind along the way for the court date. She was a pleasure to work with and efficiently secured a dismissal of our case. She goes above and beyond her call of duty and makes a great effort to her clients. I would highly recommend her to anyone in need of a good attorney.”

“Jennifer Little was a beacon of hope to me at a time when my options appeared limited. And I was scared that I was going to jail for a very long time. Not only was she able to defend me from the felony charges, her calm and empathetic demeanor offered emotional support to myself and my Mother. I am eternally grateful for her service and I hereby recommend Ms. Little without reservation.”

“Jennifer is at the top of her class! She went right to work on my case and has guided the process and quick settlement. She is perhaps the most professional and knowledgeable attorney I have worked with and I have worked with many over the years. I strongly recommend Jennifer for any legal matter you have.”

“Jennifer was a great help to us. She negotiated a deal that resulted in the felony drug charges being dismissed. The others involved in the situation did not have the same results. I give her my highest recommendation.”

“Jennifer is smart, hard-working, and fights for her clients. She did a great job advising a difficult employee of my corporate client in his testimony before the grand jury. In another case, Jennifer was a virtual magician pleading for a mutual client at a sentencing for embezzlement of a large amount of money from a church; she obtained a one-year sentence where the State was insisting on three. I recommend her without reservation.”

“Ms. Little is a professional and empathetic lawyer. She was on my case from day one. She gave me comfort and reassurance I needed with every consultation during this very difficult time in my life. She advised me on all the steps I needed to take to ensure a fair DUI trial. She kept full contact with me therefore i always felt she was accessible at all times if necessary. Fortunately, my case never went to trial because of Ms. Little"s diligence and her knowledge of the law!!”

“Intelligent, hard working and caring. Jennifer represented my company and did a great job. She was very easy to work with and offered reasonable advice, never missing the forest for the trees.”

“If you want the BEST! We have retained Jennifer to be our lead business attorney for all legal matters associated with our consulting, adult beverage white labeling and legacy marketing opportunities. It is very important to our firm that we have an attorney familiar with the transactional components thus comfort if any unforeseen litigation occurs. We are very comfortable with Jennifer's knowledge and most importantly her tenacity. I have worked with many lawyers covering my more than 40 years in business and she is easily the best.”

Jennifer Little has spent her entire career as a courtroom trial attorney- first as a major felony prosecutor in DeKalb County and now as a private practitioner serving clients throughout the country.